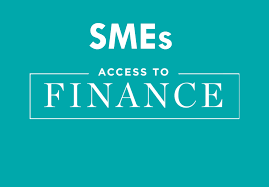 Obtaining credit to most business as per this report remains a big challenge given its score of 186. This means that though reforms are being implemented, they are not having the desired effects either because

they do not sit well with the private sector or because the sector does not have the means to adopt them. As such the effort is counterproductive.

Remarkable political, legislative milestones have been achieved in Somalia for the last 10 years. Some of these include the enactment of the new constitution, holding of parliamentary and presidential elections among others. The Somali government is now viewed as a legitimate holder of power and has been trusted by the citizenry to deliver the inspirations of Somali people.

Institutional reforms have brought about fiscal and regulatory reforms aimed at guiding how Somalia conducts itself. In fiscal reforms, the state has made clear what its obligations are in jump starting the economy and propelling growth. It has also underlined citizen role in this effort. The same can be construed as regards regulatory reform.

Initial studies for instance, the (World Bank Group, 2018) observe that on overall index on the ease of doing business, Somalia is ranked position 190 globally, this being the most dismal position. However, some improvements have been noted on individual indicators related to doing business such as starting a business, registering a property, resolving insolvency, and enforcing contracts whose scores are 187; 150; 168 and 110 respectively.

The aim of this study to determine the specific sector wide impediments that corporate citizens in Somalia are encountering as a result of the regulatory and fiscal reform process, especially as it relates to access to finance and regulatory environment. The study will also seek to develop a framework which may guide an inclusive reforms process so that the buy in expected from private stakeholders is elicited.